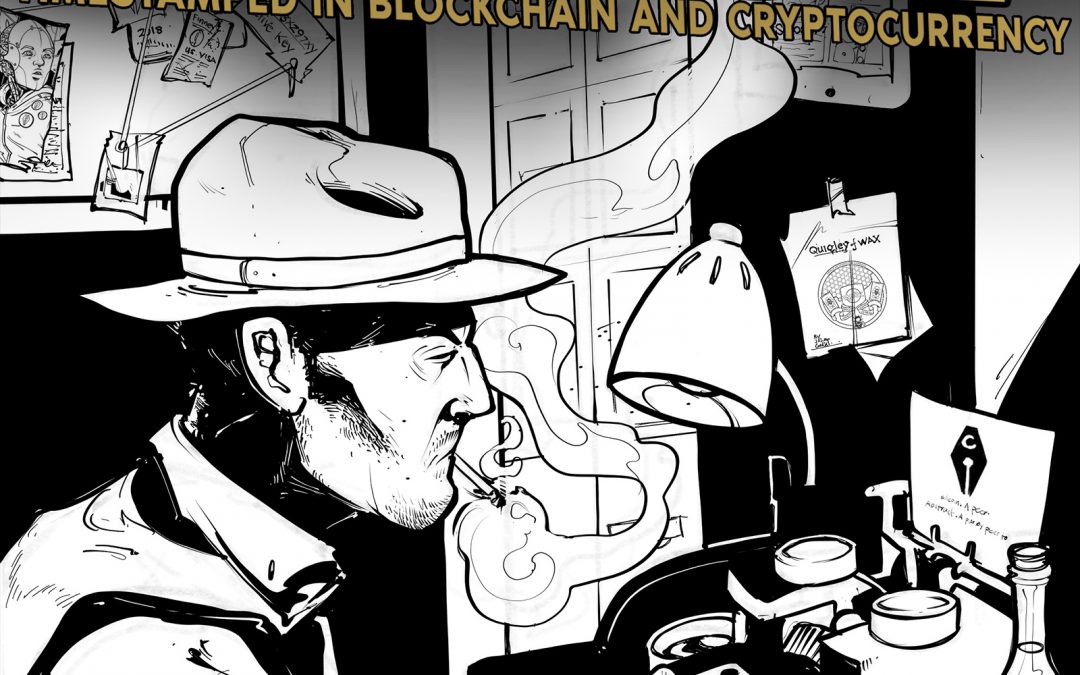 The aftermath of the global financial crash of 2008 uncovered some unpalatable facts. First, it showed how national governments were hellbent on bailing out the private banks with public money. At the same time the little man was totally ignored and left to his own devices; to sink or swim with the former being the more likely. And thirdly Bitcoin, an antidote to our financial demise, was born. All three elements are inextricably linked.

Since the 1970s the world has moved in a different orbit where the rich get richer, the poor get poorer and the middle class do not exist anymore. The moral compass once reserved for nations’ charter was not only bent out of kilter, the entire contraption was chucked out the window. A new narrative claimed that greed was good, people not succeeding were lazy and everyone was on the take.

If Bitcoin is the antidote, then blockchain is the spoon that serves the medicine. Now to some people, blockchain may just be another technology, albeit powerful, to be explored, but to others it’s like manna from heaven. To me it is just that, not only the manna from heaven but the means by which to build that staircase.

There are three key attributes behind blockchain that made it so powerful for me. The first is in innovation; there are new projects and new ideas coming thick and fast from the thriving community that eats software for breakfast. The second is the rethinking of the world, the removal of intermediaries, the exchanging of value without the need for banks; all powerful ways to bind communities together. The last is the thinking behind the projects; this is not just technology; this is technology that wants to make a difference and to leave the world a better place.

Those ideas hit me like a sledgehammer in the autumn of 2017. Amidst the crazy klaxons of the ICOs, while admittedly distracting, I could hear a call for a better version of the world and so I was in like Flynn.

So, what’s a girl to do when the universe sends a message to come join? She gets her ducks in a row of course. I jumped on the blockchain train, I signed up to write for cryptocurrency publications, I attended blockchain meetups and I began working for blockchain companies. Then I got that first call to speak at a blockchain in Fashion conference in Kiev in February 2018. I was still wet behind my decentralised ears, but I had my suitcase packed before they had finished speaking, and so my blockchain globetrotting began.

There was scarcely a month that went by when I was not hopping on a plane to Europe, American, Asia or the Middle East to chair blockchain conferences. And in doing so I met some of the leading people in this space. If I was not chairing a conference, I was interviewing them for several publications.

Come COVID and my tracks were stopped, dead. In some ways I was glad as I was tired of the incessant travel, but it also gave me a time to turn my attention to the captains, the dreamers, and the players in this sector.

In short, I used my lockdown time to go a rampage of all things blockchain. I looked up alleys and down lanes, I peeked inside strange establishments, I checked out new shiny monoliths appearing from nowhere and I sought out the great and the good (and the sometimes batty) to be interviewed.

To stand in a new world and meet the giants who are forging a new way is the most exciting place to be. To encourage newcomers to pay a visit and check out the innovation and crisp new thinking is likewise a privilege.  And while I am a little sad that I cannot visit conferences and castles alike, I am afforded instead the ultimate pleasure of conversing gently with kind souls, battling with energised mortals and straining to understand impatient inventors – albeit over the flickering light of Zoom. It’s not a substitute for pressing the flesh but it’s as close as I can get until COVID is over. Happy reading.

Andreas Antonopoulos – ‘We must be patient’

John McAfee ‘On his tombstone – Lover, Adventurer and Poet – but not yet.’

Vít Jedlička ‘Who has thought about founding a country?’

Samson Williams ‘Nothing in Space is Free’