Save the Planet and Earn Money! 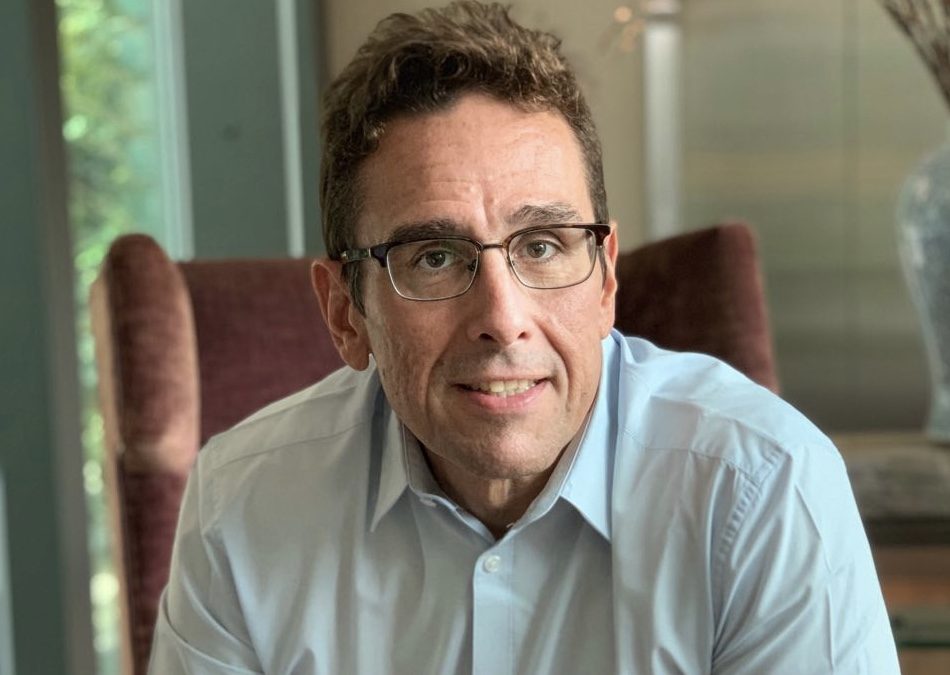 Stefan Rust, founder and CEO of Sonic Capital, has used his time in COVID to kick start the next version of his career and one that may be his defining legacy: he is on a mission to save the planet and make money. Take that world, kapow!

First let’s travel through his journey to world-saving, money-earning domination. Born in Hong Kong, Stefan was educated in Switzerland but when he finished his education, he wanted to find out more about his roots, about China and to learn Mandarin. He returned home and soon stumbled across the burgeoning mobile sector in China, quickly becoming engrossed in building out networks in this sector. Next stop Sun Microsystems, of ‘the network is the computer’ fame, where he helped grow the ecosystem around Java on their mobile phones. He was becoming adept at building communities around new powerful modern technologies.

It was a logical step to move from China to Hong Kong, where the money was to fund the growth.

“The actual melding of Chinese entrepreneurs and engineers with the capital markets in Hong Kong didn’t happen as fast I imagined but I was learning how to build communities – with speed.”

Stefan saw the innovation provided by software developers driving efficiencies through more streamlined processes and workflows. He put together a developer agency supporting and managing developer communities across Motorola, Qualcomm, Intel, Sony, Blackberry and Google. He organised at least 30 hackathons a year and that’s when he discovered bitcoin. A developer helping him grow a project in Guatemala asked for bitcoin in payment.

‘I had to look it up, it was 2012, so I went on eBay, paid with Paypal with a Java wallet and got my first bitcoin. I was hooked straight away.”

The simplicity of bitcoin struck him forcibly. The speed, low cost, and immediacy of bitcoin compared so favourable with dollar transfers with their heavy fees and long delays.

“I could see the opportunity.”

Immediately prior to COVID, Stefan held the position of CEO of Bitcoin.com for a year and a half. I asked him what it was like working with Bitcoin Jesus.

“I knew of him in advance of course and had watched some of his videos but I hadn’t met him before. Then my wife was organising a big event for a Swiss bank and I said you’ve got to get Roger to speak and she did.”

Afterward the conference, everyone was milling around in the hallway and Stefan struck up a conversation with Roger. Despite all the requests for selfies and photographs, they kept on talking and as he says, they just hit it off.

“We both have the same sort of vision as to where this industry needs to go and we both enjoy the power of disruption.”

He was headhunted a month later to grow Roger’s business and he accepted with the stipulation from Stefan that he would do it only if he was able to close three deals within three months. He closed five.

Now Stefan was CEO of one the fastest growing cryptocurrencies companies in the world. During his tenure he launched a new exchange, got credit card approval across 26 different countries, launched a new wallet, did rebranding, launched Mint, and grew the community to 30,000 in Meetup in 80 cities across the world.

“Working at Bitcoin.com was super active; it was 120 miles an hour all the time. Roger has a lot of energy and passion and I really enjoyed working alongside him. We were on a race to regulate before the regulators could overregulate us.”

It seems logical that Sonic Capital should come next. Founded in May 2020 in the middle of COVID it’s hard to argue which came first, the COVID or the Sonic.

“COVID gave us breathing space. We have bigger problems than the pandemic.”

“Let’s put some perspective on things. Crime is currently costed around $5 trillion annually yet the entire market cap for cryptocurrencies is loitering between $200 and $300 billion. And yet people are worried about crypto crime?

“Then we have 1.7 unbanked people that can’t participate in any financial systems. And as for the environment….”

Stefan started attending ESG conferences and in particular began looking at where people were investing.

“They all had their checklists, literally manually checking off ESG requirements, but when I looked at the ESG funds they are huge, and they are all investing in the same companies. But what if we moved this onto the blockchain, bring down the costs and introduce governance.

‘Blockchain being the truth machine.”

Stefan takes this idea another step further by looking to tokenise the environment so that consumers with mobile phones, some 60% of the global population, can participate.

“It becomes very simple. People can download a wallet onto their smart phone from the app store and then engage with saving the planet and receive a financial reward.”

Let that thought digest for a moment. Saving the environment is not a cost but an opportunity.

“We’ve always made money by killing things, chopping down trees for example and selling the wood. What if we turned that concept on its head? We have the technology to monitor the carbon sequestered in a tree or a mangrove swamp. We can track the carbon, using formulas and processes to measure it. And then we can tokenise it and reimburse the farmer for keeping the plant alive.”

Examples of rewarding people for saving the environment are already in use. Stefan references the Ant Forest app in China. The app has a formula that tracks how the holder travels – is it by foot, car, taxi? When the holder takes healthy options, they are rewarded with green points.

“There 500 million people using this app and almost 1 million trees have already been planted as a result. It’s greening the planet and rewarding people when they walk to work.”

I love the idea but question where is the money coming from and how will this be sustained?

“Right now, this is being supported by Alibaba as a marketing exercise, but they are bringing it to other companies using messaging apps to transfer value. The green points have become a tradable commodity. Therefore, merchants who want to reward their customers for being green can buy the green tokens and give them to their customers when they actively exhibit green behaviour. For example, if you want to purchase takeaway noodles but you opt not to have the bamboo chopsticks then you earn green points.”

“Energy is going through a revolution, much like the telecommunications did in the late 90s. There is huge deregulation in the distributed energy resource market. When people put solar panels on their roofs, they save money in energy costs, they earn green carbon credits and they can sell surplus energy back onto the grid. It’s a virtuous circle.”

This is at a time when all the major companies are looking to go carbon neutral. Companies such as Apple, H&M, Ralph Lauren have all come out stating this as a mission statement.

“This trickles down the supply chain as everyone needs to be carbon neutral. The ripple effect is exponential.”

So where is the opportunity for Sonic Capital in all this innovation and disruption?

“Technology is the key to measuring and tracking carbon neutrality, using smart contracts doing audits on the blockchain, which data is in turn tokenised. It’s a whole new industry and a new market. The tokens will be freely tradable, everyone can participate and it’s a much more level and transparent ecosystem.

“It’s a natural antidote to existing funds that are extremely opaque, involve huge arbitrage and pricing, are highly regulated and governed with lots of middlemen taking a cut along the way.”

The goal of Sonic Capital is to support the technologies and entrepreneurs who are going to drive that innovation.

Finally, the unbanked. Stefan holds up his mobile.

“We need to go mobile, mobile first and mobile only.”

“When we first used telecoms, it cost a lot of money but then IP came along and suddenly everyone is calling for free, except they were paying in data, their own data. New business models are starting to invert that, paying people for their data. Merchants will pay people in tokens to get feedback on their services and that in turn will drive a UBI.”

Save the planet and earn money indeed, move over Flash Gordon.

To see Stefan’s BadMomPortrait – check it out here